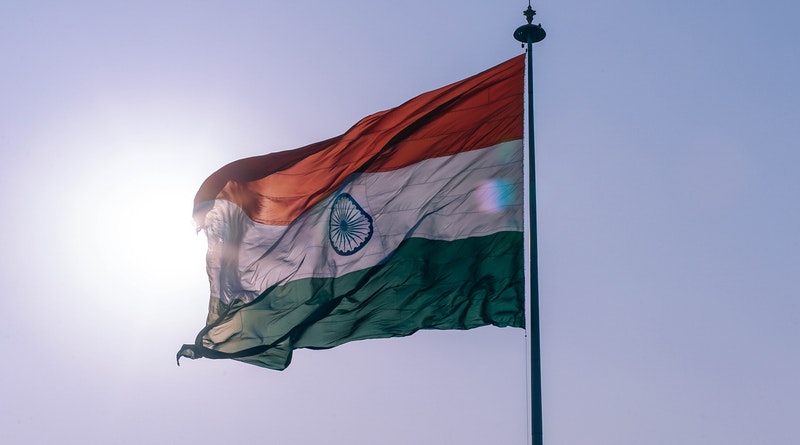 In the world, there are some parts that, once visited, get into your heart and won’t go. For me, my motherland India is such a place. Initially, when I started traveled to, I was shocked by the lavishness of the land, by its rich magnificence and exotic architecture, by its ability to gratify the senses with the pure, concentrated power of its hues, spirit, tastes, and sounds. That is why it has been called a unique country of the world. Overwhelmed with the excellence and culture of India, thousands of tourists come India every year to tour.

Why to travel India?

1) To Become A Part Of Indian Festivals 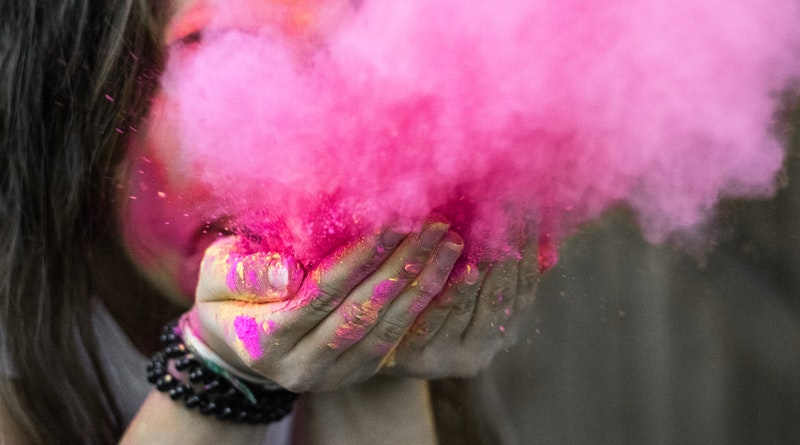 Celebrating festivals, along with moral values, is of little importance in today’s tense environment. In India, there is something to celebrate every single day, so people have festivals for 365 days in a year. Either you are from any religion; the rituals of celebration of festivals brought you to spiritual level. You will enjoy the unique celebrations of Diwali the festival of light, Holi of Mathura, Ganesh Chaturthi of Maharashtra, Durga Puja of Kolkata, Baisakhi of Punjab, Dussehra of Mysore, Onam of Kerala and of course Christmas and New year of Goa to the fullest.

2) To Know Technology Behind Historical Architecture 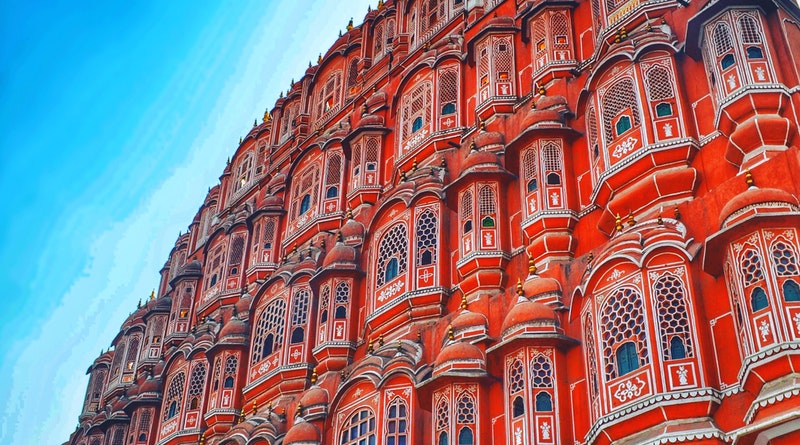 The unique Architecture is perhaps India’s greatest glory which is rooted in its history, culture and religion. Among many of the India’s architecture the feature are the temples, viharas, chaityas, stupas and many other religious structures. India’s dynastic history has made it a meeting place of the Hindu, Muslim, Jaina and Christian architectural traditions. All the discoveries of India like Ajanta-Ellora caves, Konark temple, Taj-Mahal, Jodhpur fort, Salim Singh Haveli, Veerabhadra (Hanging pillar) Temple etc. are pointing to the existence of an advanced civilization in pre-historic India.

3) To Enjoy Bonfire And Camping In Desert 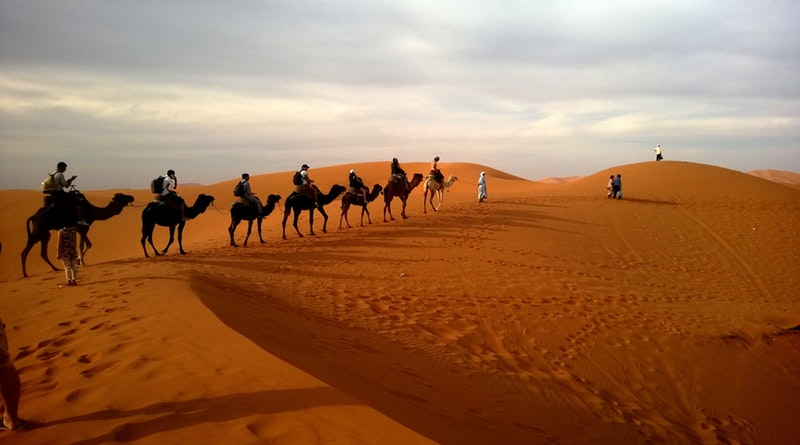 India serves as home to many deserts like Thar Desert of Rajasthan, White Salt Desert of Kutch, The Deccan Thorn Scrub Forests of Tamil Nadu, Spiti Valley Cold Desert of Himachal and a coldest desert of India, Ladakh. Among all, the Thar Desert is world’s eighteenth largest desert and the biggest desert in India. It is spread across 4 states in India, with a majority of the area lying in Rajasthan. To enjoy the Arabian night life and some quality time beneath the moon and stars, Jaisalmer in Rajasthan is the best place to experience. The main attraction here is the camping in Sand Dunes and Sonar Fort which is visible from every corner of the city. 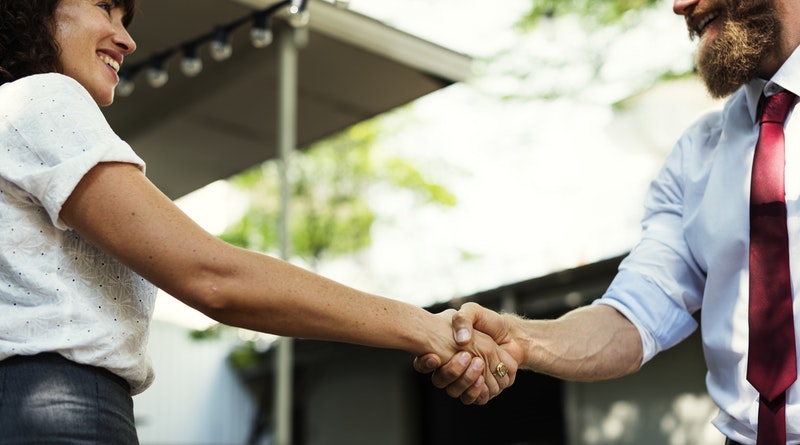 The one thing that you find common when you travel in India is the warm hospitality of Indians. People in India believe and follow the Sanskrit adage “Atithi Devo Bhava” which means “Guest is God”. Either you choose to stay in luxury hotel, local homestays or any other types of accommodation in India, the management take all care to make you feel like a home. However, Indians like to serve various types of tasty mouth-watering local cuisines to their guests. So don’t be surprised if right upon entering a hotel/homestays you get aroma of sizzling vegetables. So it’s understandable why the tourist comes to India again and again.

5) To Enjoy Indian Food And Spices 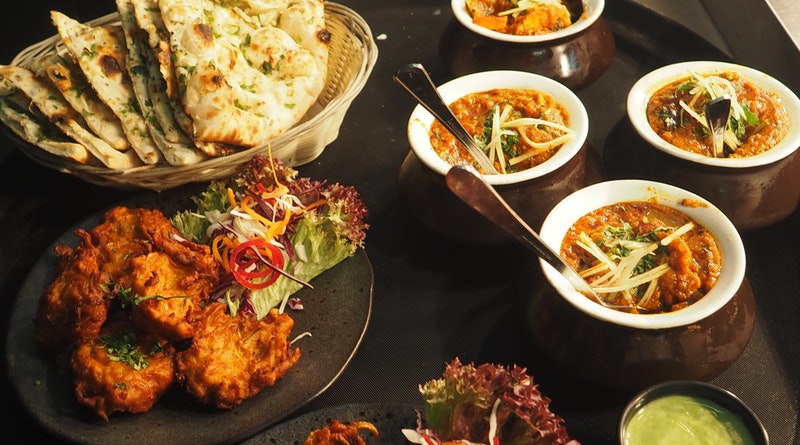 Either you are foodie or not, when you start travel to India, I bet you will start loving all varieties of food. India has been world famous for its spices and varieties of food since ancient days. In India, every region offers its own range of cuisine. Dessert in India is a special part of every meal, ranging from Gulab-Jamun to Payasam, Bangali Mithai, Jalebi, Pinni, Rasgulla, Malpua and so on. Some of the North Indian Cuisine includes dal-baati, awadhi biryani, Kadhi-Chawal, chole-bhature, Chicken butter masala, Kashmiri dum-aaloo etc. South Indian Cuisine includes vada-sambhar, idli, appam, Hyderabadi biryani, masala dosa, coconut chutney etc. In India you may be surprised to know that Indian cuisine is vastly different place to place.

6) To Experience Wildlife Of India 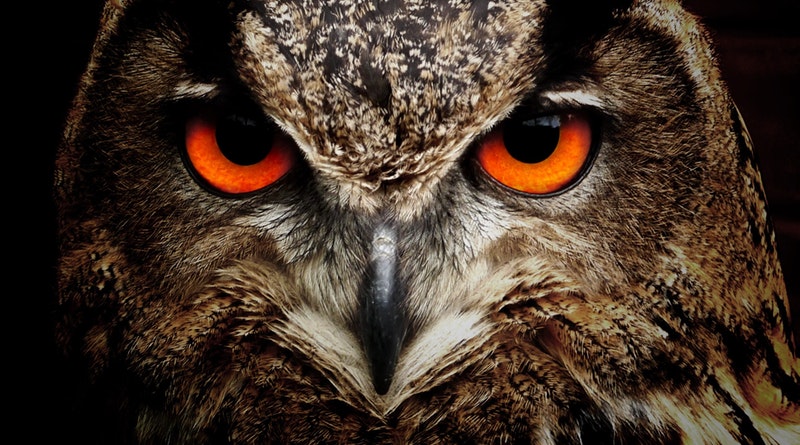 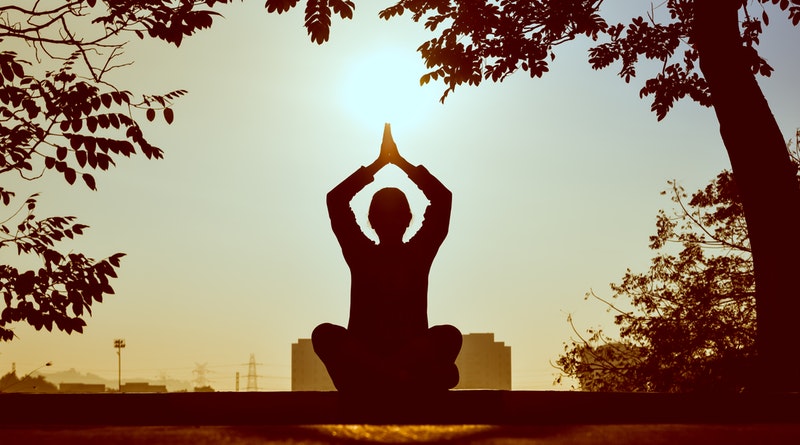 India is a greatest storehouse of spiritual knowledge. The remarks are very appropriate because the word ‘spiritual’ strikes immediately when one thinks of India. As according to a great leader, thinker and reformer of India, Swami Vivekananda, spirituality is the backbone and essence of India. To experience the spirituality one should have to practice any of the respective forms of Yoga which includes gyan yoga, karma yoga and bhakti yoga. Yoga emphasis on spiritual realization through detached action, knowledge, devotion and control of mind. You can try the Yoga to attain mental peace in Haridwar, Varanasi, Kerala, Bodh Gaya, Dharamshala are some of the best destinations to experience spirituality.

8) To Hike The Mountains Of Himalayas 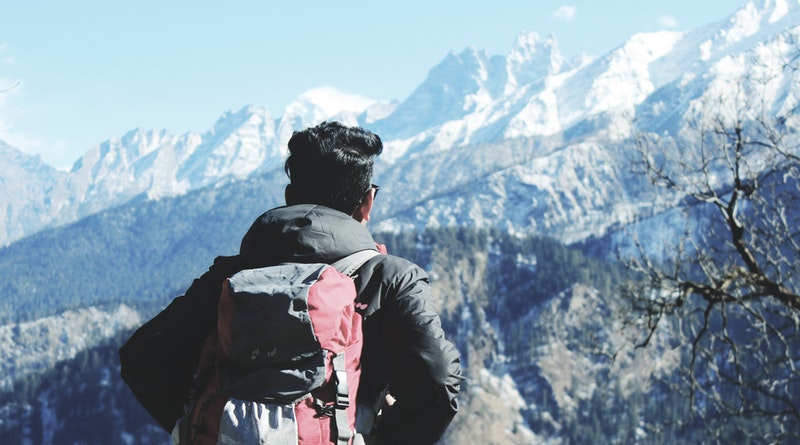 If you have ever dreamt of stealing away to the Himalayas and trekking the long, than India is the best place to start with. Perhaps, Himalayas is one of the oldest mountains in the world. It has the tallest peak measuring about 28,000 feet from the sea level, called the Mount Everest. While in India, Kanchenjunga is the highest mountain peak of Himalayan, ranked 3rd highest summit in the world with an elevation of 8,586 m (28,169 ft). Apart from Himalayan trek, there are so many other treks in India you can try, like Chadar in Leh-Ladakh, Goecha-La in Sikkim, Roopkund in Uttarakhand, Hampta Pass in Himachal Pradesh and so on.

9) To Enjoy The Beach Life 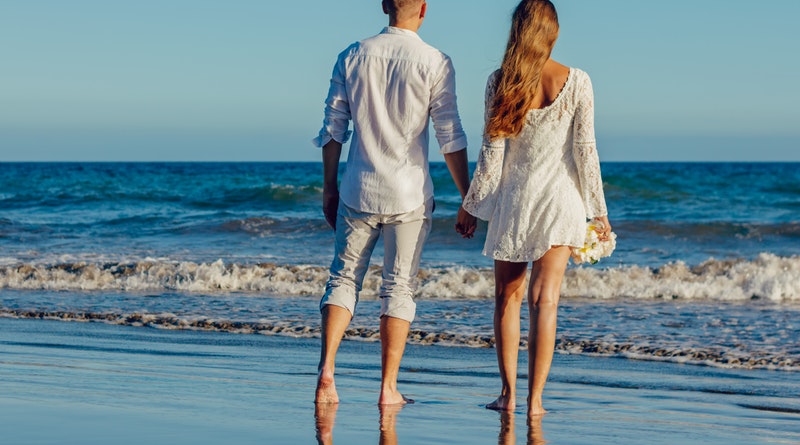 Beach life in India? Yes, it’s true that India does have some incredibly scenic beaches that offer everything from beauty to solace to action and of course parties. Beaches in India, invites people from different parts of the world to get involved in a wide range of beach activities like windsurfing, parasailing, kayaking, scuba diving, snorkeling, Jet skiing, fishing, dinghy sailing etc. Some of the best beaches in India are Varkala in Kerala, Gokarna in Karnataka, Palolem and Agonda in South Goa, Radhanagar in Andaman and Nicobar Islands, Minicoy in Lakshadweep, Cavelossim Beach in Goa, Ganpatipule in Maharashtra.

10) To Watch Game Of Cricket 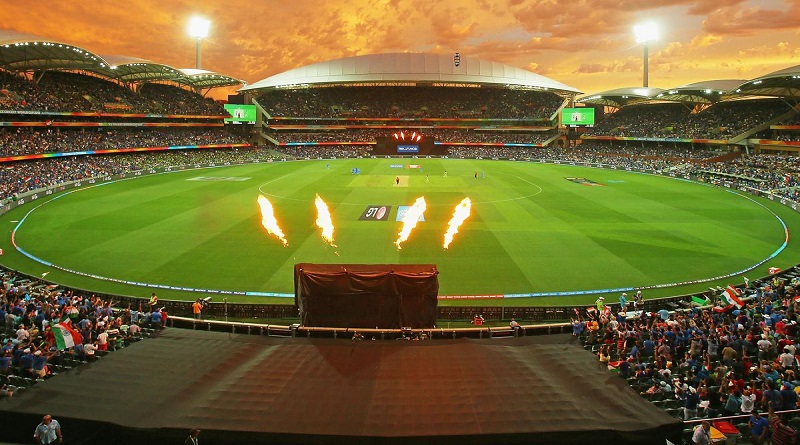 Cricket is like a national religion in India. Weather it is a dusty park or mega stadium, cricket is played with zeal the nation over. Though Hockey is the National game of India but it is the cricket where you can see the glimpses of unity in diversity among people, especially when the game has been played between India Vs Pakistan. You can enjoy the beauty and craze of this game in India’s best stadium: Eden Gardens, Kolkata, HPCA Stadium in Dharamshala, Wankhede Stadium, Mumbai, M. Chinnaswamy Stadium, Bengaluru, Punjab C.A. Stadium, Mohali, Feroz Shah Kotla Stadium, Delhi and Rajiv Gandhi International Cricket Stadium, Hyderabad. 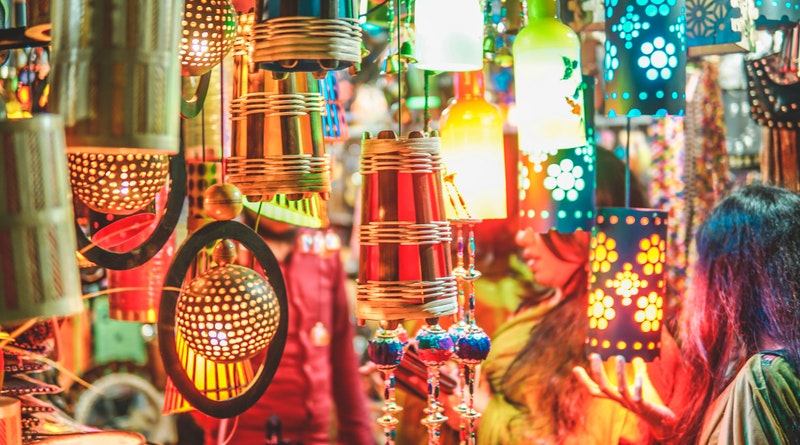 India is a shopper’s paradise. If you are a type of person who thinks shopping is a waste of time and money, I bid once you start exploring India, you can’t stop yourself with astonishing variety of dazzling souvenirs from India. You can get everything in budget here: Handicrafts, textiles, jewelry, furnishings, art, spices and much more on display in winding bazaars, busy markets, state emporiums and street stalls; at ancient historical sites and shining new malls. Hyderabad, Lucknow, Varanasi, Kolkata, Jodhpur, Mumbai and Delhi are some of the best destination to shop in India. 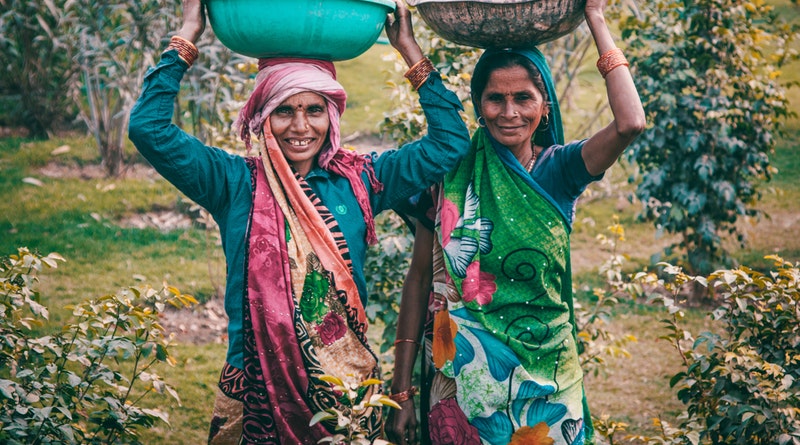 India is a country that everyone should visit once in their lives to get out of their comfort zones, to broaden their thinking and to get a different perspective on life. India is just over one-third of the United States. It is home to more than 500 different tribes and 70% of the India still lives in rural (villages) areas. In my opinion, one must visit at least a village, learn the Yoga, attend Indian marriage, travel in train and be a part of Indian festivals during their India visit to experience the real India because it is the place where the kindest you will meet.

Hi, I'm Pooja, Travelling, exploring new things, accepting challenges and experimenting excite me more than anything else. I’m a fitness maniac and business enthusiast. And this little website is my first internet home, where I show all my creativity, exploration and inspiration. I strongly believe that beauty begins on the inside and it lies in the eyes of beholder.

Pooja has 5 posts and counting. See all posts by Pooja 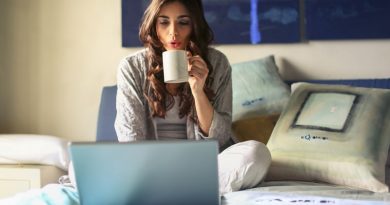 How To Make Money While Travelling? 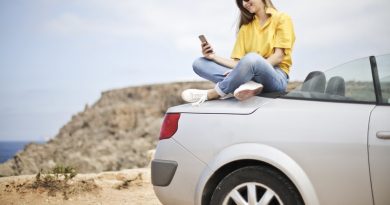 Top 5 Budget Friendly Places To Travel In India This Summer 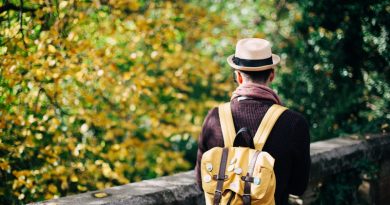 Top 5 Things To Do Before You Leave Delhi 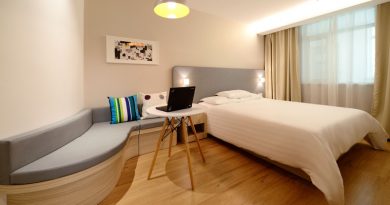 How To Find Cheap Travel Accommodation In India?